These guidelines were approved by Decree of the President of the Superior Council of Public Works n. 208 of 9 April 2019 as, as the decree itself states, “it is deemed necessary and urgent … to allow the activities of the Central Technical Service relative to the issuing of certifications of technical suitability for the use of materials and construction products for structural use and not subject to CE marking “.

They are therefore already implemented, there is no need to wait for other measures or journals. And they are mandatory.

INGENIO had long been aware of the publication of these Guidelines on Fibrorinforzati Concrete , thanks to an article by Prof. Giovanni Plizzari, and subsequently with other references in other studies, as in the article of Ing. Pierini Christian in which a first criticism of this document was evidently already circulating ( Fiber-reinforced concrete (FRC) and Circular: still too attached to the prescriptive approach. )

FRC fiber-reinforced concrete qualification guidelines: scope and field of application
Everything comes from the current Technical Standards for Construction – NTC 2018, which require, in point 11.1, that all construction materials and products, when used for structural use, must be identified and possess specific qualification for the intended use and must also be subject to checks during the acceptance phase by the Works Manager.

I cannot fail to point out that the NTCs use the verb “DEBBANO”, which is why we are talking about something compulsory.

To this end, the NTCs provide that the materials and construction products for structural use, when not CE marked in accordance with EU Regulation No. 305/2011 or not provided with ETA (European Technical Assessment) pursuant to art. 26 of Regulation (EU) n. 305/2011, must be in possession of a “Technical Assessment Certificate” (CVT) issued by the Central Technical Service (hereinafter STC) , based on guidelines approved by the Superior Council of Public Works.

And now the Guidelines have been published for the Reinforced Fibro Concrete.

Concrete Producers forced to certify their recipes
But who is this new obligation? it concerns the entire concrete sector, from those who prescribe to those who use it, but above all those who produce fiber-reinforced concrete. Every system that wants to supply a conglomerate with fibers – ready-mixed concrete, premixed mortar, … – will have to obtain this type of certification.

In fact, the Guidelines provide that “manufacturer” means:

“concrete and / or mortar manufacturing plants that supply the product ready for use on site;
companies that produce and sell premixed dry products, to which water must be added on site;
companies that intend to produce FRC independently for a specific site, under the guidance and responsibility of the construction manager. ”
The role of the Works Management also changes, as the Guidelines identify all the controls that the Works Management must carry out in the material acceptance phase.

What is the relationship between architectural culture and industrial culture?

In 2020 the 30th anniversary of the death of my father, Giuseppe Ciribini, will occur. Last year it was sixty years since Marzorati had published Architecture and Industry, the classic study whose back, considering the years of his teaching at the Hochschule für Gestaltung, was iconically reproduced, together with those of the other masters, within the famous commemorative exhibition that took place lustrously at Richard Meier’s Stadthaus, right in front of the famous cathedral of the Baden-Württemberg town which gave birth to Albert Einstein.

It is not the case here to refer to the overall analysis of his work, which Daniela Bosia did well, taking care of, in 2013, the year of the hundredth anniversary of birth, a summary of the main writings for Franco Angeli.

On that occasion, during the relative commemoration held at the Polytechnic of Turin, which was the elective university of our family, I remembered the traits I made as a fresh graduate (in Architecture) and a novice graduate student, of the effort of curating post-mortem of his last collective work published in 1992 by Carocci (Technologies of Architecture) which, later, with Edoardo Benvenuto, we commented on Vittorio Gregotti’s Casabella.

Beyond personal memoirs, on which I happened to indulge on other occasions, especially with regard to the intimate connection with architecture nurtured, as an engineer of the Royal Politecnico of Milan, by my father (see the very broad spectrum of reports that from Pagano reach Gabetti, through, among others, Albini, Libera and Rogers), it is precisely the relationship between the architectural culture and the industrial culture that strikes me particularly, when it seems to be back in force.

This is a phenomenon that I have discussed several times in the past, exemplified in the famous catalog of the 1983 Paris exhibition that the Center Georges Pompidou wanted to call Architecture and Industries. Passé et avenir d’un mariage de raison , to which my father also contributed. I remember well, as an 18-year-old university freshman, the writing of that contribution.

In fact, I think the reference, differently interpretable, to the fact that the architectural culture has always had an attitude contrasted with the industrial one: by Martin Wagner, even more than by Walter Gropius, onwards.

If, on the one hand, in fact, the references to seriality and unification resonate today as profoundly outdated, in the sense that manufacturing has currently translated the series into a single piece and normalization into singularity, on the other hand, the industrial essence, understood as the rationality and systemicity of the processes it remains the most connotative element.

What differences between the Fourth Industrial Revolution and its precedents?
Therefore, the question arises spontaneously about what really differs from the Fourth Industrial Revolution from the previous one, or from the previous ones, since the phrase “4.0”, in Italian, continues to resonate through the terms Prefabrication and Industrialization, as far as coated by gold of circularity, digitization and sustainability: three words that were certainly unknown at the end of the Fifties.

Similarly, today we are witnessing a massive identification of the New Construction Industrialization with wooden construction systems, which, however, had formed the backbone of the nineteenth-century construction market in the United States and which had seen a leading role, in Europe, in the 1930s last century, Konrad Wachsmann, of whom, in fact, my father took over the teaching in Ulm.

To paraphrase the one who designed and built the home of Albert Einstein on the Wannsee, are we today really witnessing a new “turning point in construction”, in the name of phrases like Modern Methods of Construction or Off Site Manufacturing?

What we try to define Constructuring, that is to say a crux between Construction and Manufacturing, now represents the very essence of all the posters that praise the “modular” and the “volumetric” (the three-dimensional).

Generative, collaborative and integrated design emerges as the re-edition of ancient integral design, systems engineering suddenly reappears, associated with Data Science, as a “system of systems”, Von Bertalanffy beside Turing.

The ancient metaproject, between briefings and information requirements, seems to give back to the client, the old “technostructure”, the role of guiding and governing the process.

The whole requirement and performance framework seems, equally, to be strengthened, having had its origin in the Glorious Thirties.

Building industrialization: are we seeing a return to the themes of the past?

I believe that it is not a question of sinning with nostalgic reminiscences when, with a certain amazement, we find the return of the themes of the past, in the sense that we need to understand whether the new version appears more convincing.

Sergio Poretti had, years ago, framed in a perspective of prudent incremental innovation the organizational and technological evolution in the building, depicting the attempts at industrialization as an isolated parenthesis, in some ways self-referential, of little impact on the “long life” of the industry practice.

The structural crisis of the new building, between residential and non-residential, which has characterized the last decade, through building redevelopment policies, energy efficiency, more recently also of seismic improvement, is proposed, at first glance, as antithetical to the first , as well as being providential for containing the downsizing of the market, but, in hindsight, it has perpetuated the traits relating to the micro and small clients, professionalism and entrepreneurship.

The intervention on the built, that to old and new serialities is oppositional, is, in the hopes of many, however, to be understood more and more as a building replacement: the organicist metaphor of urban regeneration is not at all conservative, at most it could be partially additive.

We delivers ready-mixed concrete to small contractors and homeowners in Alameda and Contra Costa Counties. Find out why customers choose Right Away for their projects – from patios to driveways to foundations. 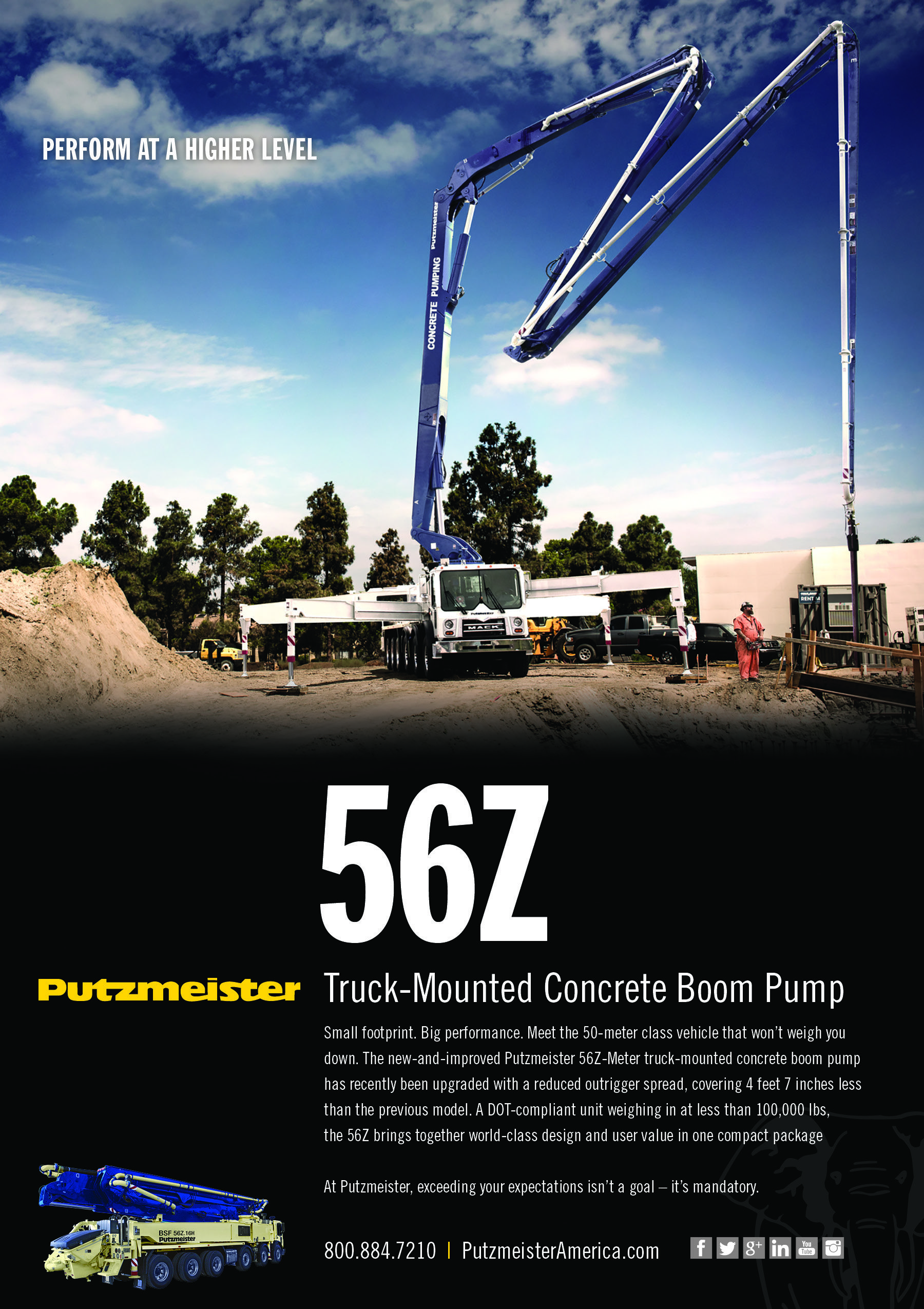